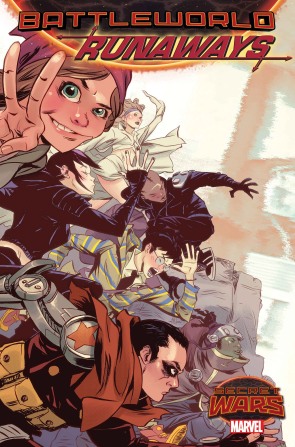 So it’s Wednesday and you know what that means…

And guess what I discovered on the featured section of the Comixology app?

Runaways is my favorite comic book series of all time and was really one of my first introductions to American comics way back when in middle school. I would even go so far to say it is the reason I became so involved/obsessed with American comics in the first place.

And now they’re rebooting the series that started it all for me. I can’t wait to dig into this. ❤